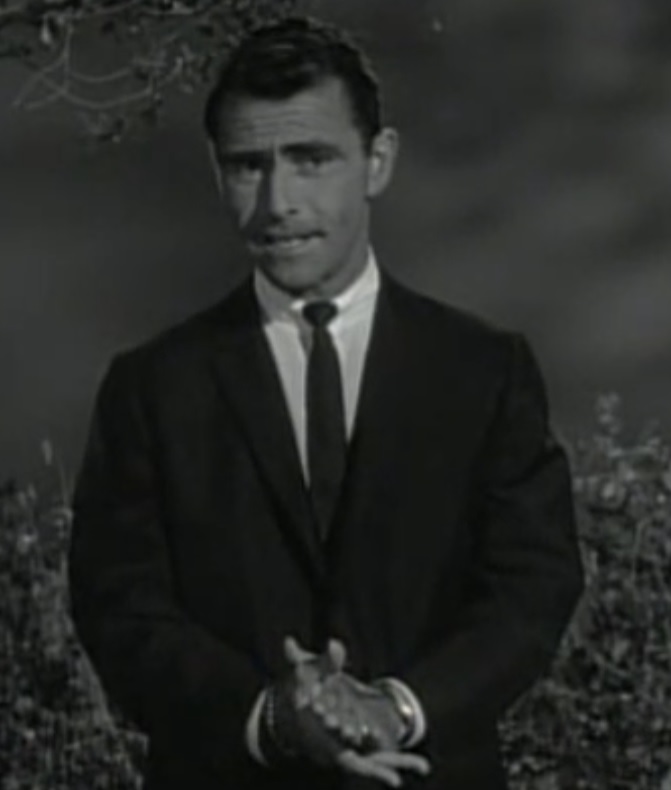 “What you are about to watch is a nightmare. It is not meant to be prophetic, it need not happen, it’s the fervent and urgent prayer of all men of good will that it never shall happen. But in this place, in this moment, it does happen. This is the Twilight Zone.”

— intro to the Twilight zone episode “The shelter”.

The opening scene shows a party in a quiet suburbia, where the neighbors celebrate the good doctor’s birthday. Everyone is happy and comments on his newly built fallout shelter with a bit of scorn. The situation is fine until the son of the house asks him to switch the radio to the Conelrad station. In the early 60s, this is probably the last thing you wanted to hear. Had things gone wrong in the Cuban missile crisis, Conelrad may have been the last radio station in the US. The idea was that in the (un?) likely event of a Soviet nuclear strike, all TV- and radio stations would stop transmitting with only Conelrad remaining on the air on two frequencies to guide the population. Back then, many nuclear war heads would have been delivered by bomb plane, and navigation was much easier with local radio stations in the cities acting as unwitting beacons. The bombers could use radio location to find the cities, so that is why the US government made the stations switch off as soon as the early warning systems went off. Back to the episode.

The radio states that something bad is flying in the air and the nation is in “yellow alert”. People are asked to find shelter as soon as possible. So far so good. The doctor has his fallout shelter ready for him, his wife, and his son. They soon proceed there.

This is the beginning of the episode “the shelter” from Rod Serling’s legendary TV-series “The Twilight zone”. It was on the air between 1959-1964 and dealt with many serious societal issues by presenting them as science fiction, but I’ve talked about that previously on this blog. The neighbors get more and more desperate and some of them try to force themselves into the doctor’s shelter. This poses a big problem for the doctor as the supplies are few and room is limited. They were made to accommodate his family only and the situation turns truly hostile as everyone starts yelling and screaming and then it finally becomes physical. When a battering ram comes into play, the whole situation finally goes into full chaos. In the end, the crisis is averted, and the United States goes back to normal leaving a very uneasy situation as the doctor now knows what his neighbors are capable to. And they now know it too.

“No moral, no message, no prophetic tract, just a simple statement of fact: for civilization to survive, the human race has to remain civilized. Tonight’s very small exercise in logic from the Twilight Zone.”

— the closing words from the episode.

A few years ago, the message from the Swedish government was that every household need to have supplies and capabilities to be habitable for three days without any support from them. Today it is actually one week. How many have prepared for this?

A very common comment you get is when you talk about this simple but necessary preparation is “Good, then we can come to your house”.

NO! You cannot. If you doubt this, please see the whole episode on YouTube… Now. I’ll wait!

Good, do you see the problem with not being prepared now? I don’t think its everyone for themselves. The wise prepper involves everyone in the neighborhood if they can. This makes for a good network that will aid each other in a crisis and bond in good times.