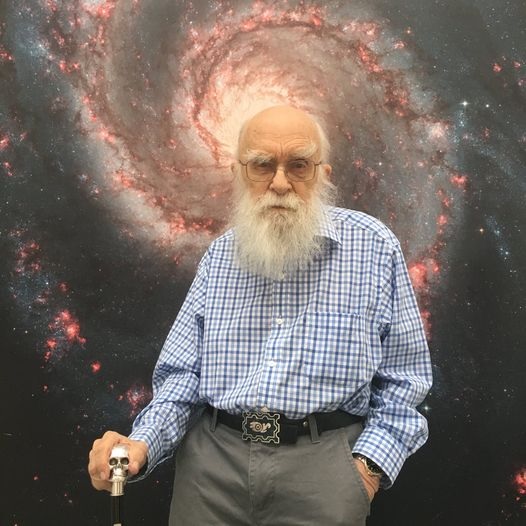 Today, the news that James Randi, magician and skeptic-extraordinaire has passed away at the age of 92 reached me.

I have had the good fortune to sit in the audience in one of his shows. And an amazing show it was, but one where your fascination was not the most important thing. It was the lessons he taught about our inabilities to correctly observe the world even if we consider ourselves smart and attentive. He started many of his shows/lectures but talking into a handheld microphone which he later demonstrated was an electric beard trimmer. He then removed his glasses and put his fingers through them, making us understand they never had any lenses in them to begin with. This simple trick shows us how much of our world that is just beliefs rather than facts. If we cannot even see the most obvious things clearly, how can we truly understand this world? Randi meant that is what makes a magician’s magic possible. It is not “magic” per see, it is just a trick that a good magician will never explain.

But Randi’s career as a magician never actually was the most important part of his life as I see it. it was his skills as a skeptic and a driving force in teaching people to doubt and refuse any charlatan’s lies and deceit. He accepted any magic trick and magician if they did not try to fool people magic was for real and to try to sell products based on false promises. He promised one million dollars to anyone who could demonstrate that “junk science” like homeopathy, chakras, auras and esp works. If you for an example wanted to prove that dowsing could find water, all you had to do is demonstrate that ability in front of a couple judges. All it took was a success rate above random chance and the money would be yours. The prize was retired many years later… unclaimed… No big surprise there.

As a self-appointed skeptic and science-buff, mr Randi has meant a lot to me. And as I am sad to see him go, I am happy for the time he spread enlightment to the world.

I live in Sweden, so I will have to travel far to meet people like James Randi. That is unless they decide to go on a tour and visit Sweden, which fortunately mr Randi did. So on the 15th of June 2010 I went to see his appearance at the Oskar Klein Auditorium which is located on the premises of the Royal Institute of Technology here in Stockholm.

The event was organized by the Swedish skeptics organisation “Vetenskap och Folkbildning”. As one of their members I must say I’m impressed that they got the legendary illusionist and paranormal debunker to come to Stockholm. I wasn’t as impressed on how they handled the logistics. Many of us barely got a ticket and they had to cram the auditorium to allow everyone entrance. But it’s a minor complaint.

What makes a magician “magic” ? I won’t go into detail, because it would be spoiling all the fun. But he used the first five minutes of the show to demonstrate that things are not what they appear to be using among other things a beard-trimmer. The lesson is simple: we all assume things about what we see. A good illusionist knows exactly what his or her audience believe that they see and use this against them.

Randi is not here just to entertain. He started the “James Randi Educational Foundation” which goal “(…) is to promote critical thinking by reaching out to the public and media with reliable information about paranormal and supernatural ideas so widespread in our society today”. They’re most famous for their $1 million challenge. The first person who can prove their psychic or paranormal abilities, gets the money. So far none has ever succeeded. It’s not from the lack of trying if you believe mr Randi.

He went on to demonstrate why there can be a serious problems with things like new age medicine or psychic healing and their unverifiable claims. A number of years ago he managed to uncover a scam where a TV-evangelist used a wireless earpiece and some social trickery to fool people that he could heal them through god. Off course he charged them for it and most likely caused people not to seek proper medical attention. This could prove to be fatal.

The most valuable lessons from the whole event was when Randi reminded us that “people that get fooled are not stupid, just uninformed” and when he explained why you cannot prove a negative. “I can prove you that I’m not a giraffe but I cannot prove that there are no unicorns in Africa”.

His explanations were blended with video clips from his career and sprinkled with many interesting anecdotes. Everything was delivered with a subtle, bit dry and very charming humor that made me laugh and think at the same time. He also made a lot of fun of people carrying the title Doctor of Philosophy. I may read too much into it, but I can’t help suspecting that he feels a that he is in a weak position since he himself lacks an academic title. Projection, anyone?

Still he was both funny and dead serious at the same time and kept my undivided attention for the whole two hours the show lasted. I walked home feeling that I’ve encountered a true showman with the heart in the right place and the brains to match.

James Randi gets a full score from me (5/5). If he comes to your town or your country, I highly recommend that you get a ticket!