Tomorrow in retrospect - My thoughts but no prayers
Home Personal thoughts When are when gonna get out of this mess? 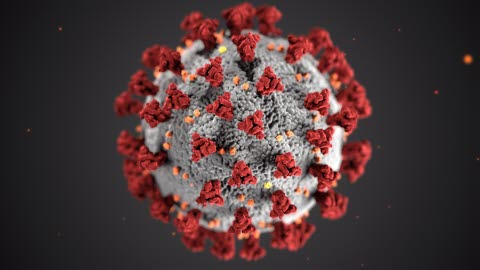 I thought about writing a letter to myself a time now. I got the idea from “God morgon världen” a radio show on Swedish Radio program 1 that runs on Sunday mornings. They had one of their journalists talk to her younger self about the Corona in letter form.

My version is a letter sent back in time to January 2020, before this situation got out of hand. Back then, the worst fear was that that China situation would go bad. So here goes, a letter sent from October 2020 to January 2020. For the sake of this argument: time travel mail exists and my younger self will believe it’s not a prank letter.

Disclaimer: please understand I’m not trying to choose sides here, just showing a little dark humour. You must be able to laugh at everything in order to cope with this madness. Also I’m mostly making fun of the discussion that goes on in media and over the Internet. Please don’t sue! Or be mad! It’s the Corona that’s nasty, not me!

Worried about IT-security issues, the pending American election or that recession we’ve been talking about since 2017 that never materialized? I have good news: you don’t have to worry anymore. I promise you 20/20 will be remembered best in hind-sight and fondly enjoyed in the far, far future. Here’s some predictions that are 100% accurate due to them already having happened:

Meet Corona, a friendly and very communicatible (is that a word, or did I make it up?) thing that really gets around. Never lets you down and has no biases against anyone. Clearly a being of this centuary.

You might want to stay clear of this virus, cause, it’s not really something that improves your life.

Enjoy your bunker
So you’re an introvert? Nice! Gotcha covered. In february, the evil child of the Spanish flu will be making its world tour. You don’t get a T-shirt with the dates and the locations, but a reason to stay at home all day long without missing a second of the thrills of pointless meetings, impossible dead lines, irrate customers, broken servers, hacked networks and the results of inefficient planning.

The work day can start, go on an end at any time of the day. Get ready to have little concept the passage of time while looking into screen with messages blinking red and the loudspeaker blaring out bleeps for every ad, important message, expired time warning, social media-message, Teams-notification and e-mail that immediatly calls for your attention. The signal is like Forrest Gump’s chocolate box, you never know what you’ll get. “Ohh… Just a new ad for a set of speakers … or sneakers. Or some Rock’n’roll album”. Next time “Ahhhh. It’s 10 pm and a customer representative reports a possible security incident. Meeeting in 15 minutes… Yikes”.

It’s not paranoia when it’s out there to get you
Corona is totally fine to have. 80% of all that get it will have little problems going through the ordeal. The other 20% that get problems might end up in the ICU or die. No worries, you’re probably in the 80% group. Wanna bet? Doesn’t matter, because you will be betting your life on it no matter what.

You have to be careful not to meet people or touch any surfaces (the floor counts!) without sanitizing. You might think it’s better to inject the hand sanitizer in your blood stream as a profylactic. But that’s mad, no one would seriously suggest that off course. Unless they’re crazy, sarcastic or maybe both. Which leads me into…

The US election…
Enjoy the weirdest election year known to our times. It goes like this: a red and a blue team wants the US voters to vote for them. But there is a catch: each voter is only allowed to vote for ONE of them. Otherwise it would be no challenge I guess. And getting people to vote for the correct color means shouting, scaring, tweeting, scandalizing and otherwise causing quite a ruckus. Media, Internet outfits, radio stations and some nice intelligence agencies are all eager to help out. Otherwise the system won’t work they tell me. And maybe that is so. You can choose between two men that each is in the phase of their respective lives that they should be sitting in a rocking chair and tell boring stories to their grand children.

People will be protesting pretty much everything for any reasons. There may also be some bad stuff happening, you have been warned.

On November the 5th we will know who gets to use the white house as their retirement home.

… And stop laughing, in 2022 we get our own election year… It’s going to be interesting…

Coughing… Damn! it’s corona. Time to write your will…
Here’s a chart for your convenience:

What symptons are there really that may indicate Corona: pretty much everything.
What parts of your body is affected by Corona: every part except the toe nails (pending further scientific research and may be revised later)

Sweden has a system, no one knows how and if it works and that includes us
All countries will lock down, except Sweden. And that’s because we’re smart, crazy, incompetent, have a system, have no clue, want to be the odd one out, the arrow hit that suggestion on the board, just a random choice, very well made scientific study, the witch doctor said “oh .. ah… oh.. a walla-balla-bing-bong”, Tegnell read his party book, the party said so and then drinks were served, cosmic fluke or just a very brilliant decision.

The outcome of Sweden’s and all other countries efforts will be evaluated at a later date, then we’ll assign blame and maybe more blame to all of the countries involved. And all are going to get some… So there… I don’t think anyone is going to be happy with anything that happens right now anywhere in the world. So there are really no winners.

And Sweden, the Corona virus control group of the world, may be either the smartest … or dumbest country in the world when it comes to handling this situation. I really want to know which it is.

BOHICA – Bend over, here it comes again
The summer will see us running out on the fields with reckless abandon. Someone with knowledge comments that the virus does not seem to be seasonal, but no one is listening. Beer (even the Corona brand) flows, bath time – big time!, going on vacation to places with no available hospitals nearby and just chilling in pubs where some tables are kept empty unless someone really wants to sit there.

And then fall arrives and the everything comes back, people, cars and … my Corona… It has quite the knack for it.

Let’s party like it’s 1929...
The recession was waiting for a reason to pop out of its lair, and Corona just gave it one. So here it is, and some industries will be weathering the storm fine whereas other come into a crisis with no end in sight.

Restaurants and other services with high physical attendence will be hit the hardest, but slowly rebound. Whatever the outcome is of this, it’s like to be a watershed moment for all of us.

Hackers at large
Everyone is hacking everything. But that’s nothing new. It seems like hackers are just retargetting us poor fellas that have to sit at home and work. An advice, there’s something called Zoom. Never mind what it is, just don’t use it for anything, ok?

So to sum it up:
The best one can be in 2020 is a stoic, accepting the storm as it arrives, doing whatever he or she can do and then going with whatever comes out of it without regrets.

Yeah, and stocking up on toilet paper, that is always a good thing…