Tomorrow in retrospect - My thoughts but no prayers
Home Computing Netizenship needs to come back! 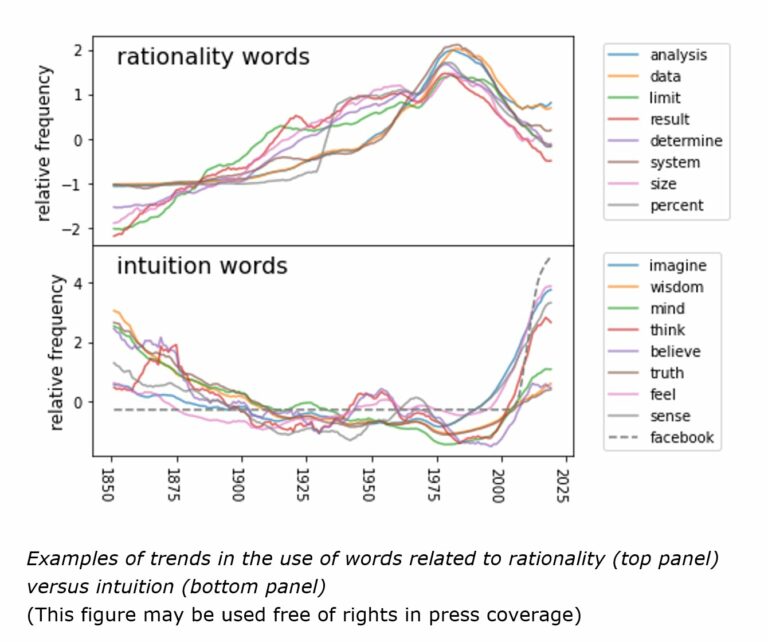 All right. The connection between this graph and Netizen may feel weak. But remember that the idea of netizenship started years before the whole play field changed. It may be what can push it back into feeling much, but thinking more, instead of feelings out of control and little thinking. Am I right?

Back in the 90s, I learned about the term “Netizenship”. I learned it from Usenet, as Internet wasn’t a thing (at least for me) back then. It is a portmanteau of the words “Citizenship” and “Net”. If you access a local- or global network with more users on it, you’re a Netizen. As in “you live as a member of a village”. Yes, it harkens back to the days of the “Global village” discussion, and its come back in the 90s. I won’t bother you with the details. Suffice to say this: netizenship was important. It’s the computer equivalent of “Above all, cause no harm”. In short: as a network user you must not become a problem for others.

A true netizen (not that Scotsman fallacy!) must act in a proper, non-aggressive and secure manner. I found out that there is an old, but oddly useful RFC called RFC1855, describing among other things how to “Be conservative in what you send and liberal in what you receive.”. That’s not a political statement, but a rule that truly fits today. In short don’t blow a fuse when people write stuff that is dumb or hateful and choose your own words well. Just imagine everyone applying that on Twitter, and I don’t think Elon Musk would have bought the company. Yes, I wrote that! Twitter is what it is DUE to the raging wars, no despite it. And social media builds on this divide. “Digital divide” used to mean those with access to Internet vs those without. Today, it’s a false dichotomy of “angry left” vs “raging right” or “whatever” vs “whatever else”. We don’t need that. It’s like going to a bar, meeting some drinking buddies, and then starting a fight over soccer teams or political parties. Please don’t. It was nice when it was just drinking beer and talking about everything and everyone.

But my main intent of this text is not just social issues and proper behavior. IT-security must now be in the driver seat. A modern netizen MUST consider his or her presence when online and offline. A good netizen should always know that lax security on their part, can, and probably WILL constitute an emergency on someone else side of the net. I mean, if your work or private account gets hacked, because you have bad password discipline, that account can be used in your good name to send malicious email to others. That’s just an example. There are many ways this can play out against you and others. Back in the naughties, we had the “security triad” of “Firewall, patching and antivirus”. It was a mantra, that we were told. Was it a bad idea? No, absolutely not. That was a part of netizenship even when the term was long gone. But it’s 2022 today, and the list of obligations to stay secure is growing and changing fast.

I think, as the headline said, that we should take the term back. Internet has been libertarian since its popularization in the 90s. But it never was meant as an anarchy. Self-governing and making ourselves and others into informed users was what it was meant to be. If we want that to be true now, we’re probably out of luck. But Internet is still somewhat free. In some parts of the world. And this puts the responsibility on YOU and me! We must keep your equipment safe, our manners at least somewhat decent and educate ourselves in being observant. A citizen should “trust but verify” and so must a netizen. In short, we must understand better than to Google for what we already believe in, stop helping in spreading unverified rumours, cease and desist connecting insecure stuff directly to the Internet because “who cares?” and remember where we came from. I saw texts from 1979 on one of the first Swedish bulletin board systems and it had a lot of disagreements. And, yes, drama and nasty comments. This has not changed a bit. BUT. The SCALE of things has. Everyone and their dog are a netizen (ever heard about electronic dog collars?) today.

If we intend the Internet to be more of a positive than a negative force in this world, we must bring netizenship back! Not regulate it – foster it! Inspire it – not force it. Talk about consequences for others when you’re not acting properly rather than forbidding certain words, views, and ideas. Laws still apply, that will not change. The Internet does not give you the right to do illegal stuff (which jurisdiction, btw?) or to harm others. But if we cannot get our act together, a lot of things that are acceptable today, may be illegal tomorrow.

How to become a netizen, summed up in a few points, that will not form a complete list: