Tomorrow in retrospect - My thoughts but no prayers
Home Personal thoughts An evening of personal growth with Dr. Jordan Peterson 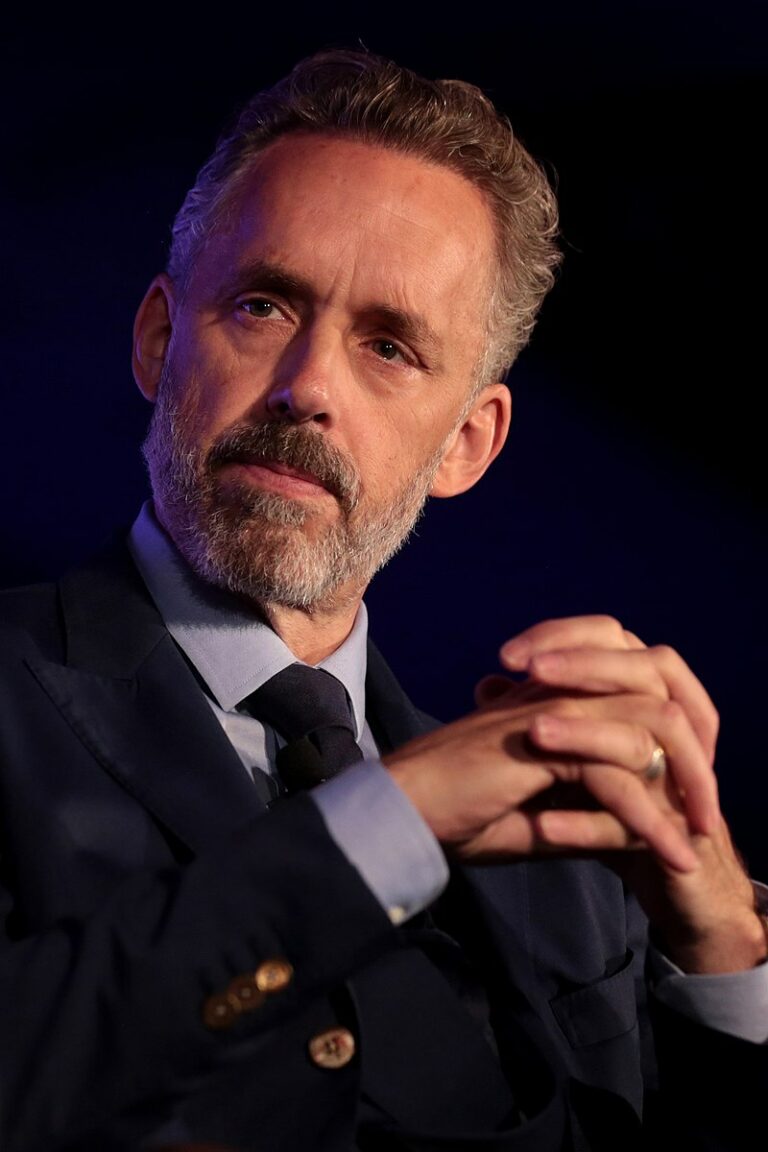 It has been many years since I attended public lecture, something I like to do back in the day. I have seen Stephen Hawking in Stockholm University, the amazing Randi (James Randi) and as of lately, Trevor Noah at Hovet.

A few days ago, an ad for an upcoming lecture by clinical psychologist Jordan Peterson came up in Facebook flow and decided to go. And so, I did. This is a bit of a walkthrough and some of my thoughts on him.

Jordan Peterson started his public speaking career as a lecturer with swiftly rising approval and spoke about psychology and your biology. Then he got more creative and started to compare development of a person by talking about Disney movies, books, and the bible. He compared stunted development of some people with “Peter Pan”, noting that Pan is the “god of everything”. He meant, that as we grow up, we must stop being capable of everything and chose to limit ourselves. When we were young, we could have been a cowboy, an astronaut, or a boxer. But as we go into adulthood, we choose careers and maybe a partner. The “Pan” part is now gone, and we specialize. “Peter Pan” is really a book about a boy who refuses to grow up. That did not work splendidly for Michael Jackson, now, did it?

But Mr. Peterson began talking outside his expertise more and more, causing him to become more and more divisive, as he became political. A darling to right wingers and not as much to the left. Personally, I think it’s a sad state of business, as he could have been a voice for everyone across the board. No one seems to get out of entering the political debate without losing a lot of followers and people that listen to your message.

I think most people will get something out of listening to him, and I most certainly did even though I have some points where I cannot agree. This is par for the course with everyone, so let’s not linger, with no further ado – I give you Dr. Jordan Peterson.

The show started 25 minutes late and was introduced by his wife, Tammy Peterson. The intro was way too long in my opinion, but she introduced the subject “rule 7” from of Peterson’s upcoming book “beyond order”. That rule is by the way “Work as hard as you possibly can on at least one thing and see what happens.”.

He came on stage and started up by noting that the most common question he gets is something like “how do I find a perfect partner for me”. Then he pointed out that the question is wrongly formulated. The better way of seeing it would be asking “how do I become a better person to be attractive for someone”. Those are not the exact words he used but set the tone for the whole lecture.

He then went on by going into identity politics and pointless pursuit of trying to label him as conservative or not. While I’m not sure what to label him in that regard, one thing was readily clear: he is a collectivist. Not authoritarian in any way, but he is very much against the identity politics as they are. The point he makes is that an identity is not atomic, as I “I am what I am, and you must respect that”. Instead, he said “you negotiate your identity with others”. Totally in agreement here, but he has a tendency of compromising that vision of his as well.

And so, he did by alluding to the trans person debate by just touch on the idea of biological and gender identity. Just by looking at his previous speeches, you know that he pretty much disqualifies the difference between biological and psychological gender identities. This is dumb! It’s been proven that trans persons have a biological difference that accounts for their identity not matching their biology. This is natural and Mr. Peterson ends up contradicting himself here. It’s not a good trait of a clinical psychologist to ignore biology just because he does not like gender identities. Also, few modern people would argue against trans people existing and being allowed to. Because they do and they should! But I’m not here to be contrarian, so let’s go on.

The most important part of the lecture was rule seven, but he methodically moved towards it by talking about development of personalities. He spoke about listening to a set of interviews with then President Donald Trump. He noted that he wasn’t really going to talk about Trump being narcissistic or not and instead offered a very interest view as a psychologist: “Trump is a nine-year-old bully”.

He noted that in the interviews he watched, Trump sent out uncommon assertions about every ten minutes. “I’m the greatest president in the history” or “I’m the most honest person ever”. This is strange for anyone to say once – but doing it every 10 minutes is remarkable.

And Trump did. According to Mr. Peterson, he simply uses the assertion to ask anyone to challenge him. Like a nine-year-old bully he screams “I’m the king of the school yard, fight me!”. That’s some sort of stunted development right there, eh?

Leaving trump, he went on to talk about the necessity of other people and connecting with them to build up your own constraints and sanity. Others will tell you when you’re out of line or plainly wrong. He talked about a particularly bad night out on the pubs with three married men that he said, “seemed to be in the marriage counseling business”. I think that was just a bitter joke. But they did nothing but complaining about their wives, while assuming everyone else did. Peterson recalled that they called them “bitches”.

He wryly stated something like “imagine arguing and then ‘winning’ against your wife every day? What have you won? If you won 20 times in a row, you now have loser of a wife. And she will resent you for It”. He meant that in a relationship, we all must sometimes put up with each other, but not with everything.

It seems to be up to everyone to follow their nature and interact with others in a meaningful matter, rather than demanding to the world that they accept you as you are without ever changing. To me it sounds about right. Mr. Peterson has met critique for those standpoints, but also acclaim.

The mantle piece of the storytelling was the “hard work”-part and he spoke with visible emotion about his first job. He was 14 and worked at a restaurant with the dishes. It was a horrible job as he struggled and barely managed to complete his task in time. Hid did it for a week and then decided to try a little bit more, before giving that crappy job up. The next week, just as he was getting ready to quit the job, the German chef come up to him. He taught him to order the plates before washing them, and suddenly the work was manageable and easy. You might say, “Nice to let him go through torment for a week before teaching him how to do it”. But there was a reason: most dishwashers quit and training them was useless as they disappeared after just a few days. But the chef saw that Jordan did not and decided to teach him the work. And that work gave him many personal friends and lead to career development.

A common theme of his is the path to personal growth. By the end of the lecture, he noted that the are levels of heaven above and many that leads into the deepest part of hell, if you want to make that fun journey.

So where lies Peterson’s heaven? I get the feeling of very traditional values coming into play when it turns out to be “get a job and a family”. Yeah, and friends. He reluctantly accepts that “some people may not want kids”. This is probably when you get not only what he is saying, but who he is: a counterweight to the counterculture. Not by any means wanting to turn the clock back to before the unkempt hippies but trying to counter what he sees as “rampant individualism”.

He sometimes comes out looking like an old man screaming “get off my lawn” and “my times were better”. But still, he is clearly skilled and insightful, and it was a pleasure to yet again attend a lecture held by a true intellectual.