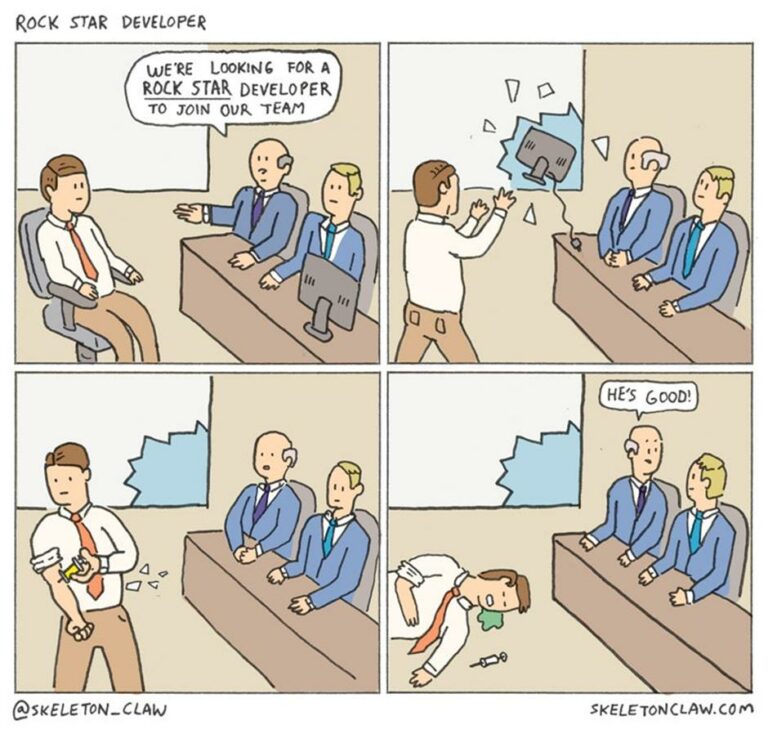 Once we loved him. He was hailed as a voice of our generation. He spoke eloquently to everyone who wanted to hear him. Or sang or painted or built a foundation of software code. Or whatever.

Then he changed. Or maybe it was she. I don’t really keep track anymore, sorry. He became pompous and started demanding his place in this world. Maybe it was all the scandals with the ladies, the booze or the drugs. Or that he threw the TV out of the hotel window. Again… Or all the loud parties. Maybe I just misremember everything. No, that was not it! It was the well-thought-out speeches becoming ramblings. He knew his stuff but moved into opining about adjacent subjects. And soon he commented about everything. All from his typical right wing … or was it left wing rhetoric. The facts became more opinions and eventually, the foundation of his logic stood on a swamp of unresearched statements.

Was he a charlatan? No, I don’t think he was. But as time progressed he became one. Why? Because he always was that way, you see. You know how those big-ego people are. Just let them loose, and this is what happens. Ok? So, the people that enabled him, hailed him to the skies and gave him whatever he pointed at did nothing wrong? They now wash their hands?

I will not comment about what has been. Let’s talk about what can be. That is, how can we hinder those situations? I promise no solution, just a mere idea in my head.

First off, just to be clear, I have not spoken about a specific person in this text. But I can make a list, and it’s pointless. You know a lot of people that would fit in it. They created themselves, and we helped them. I propose that we drop the love and the hate and more than anything else: the bloody idolization!

Both you and I live in fear of missing out, being rejected, saying something that makes people angry or just plain screwing up. It’s painful to feel the effects of those things, but it sets constraints. What if there were no constraints? Neither you, nor I would become bad. Because we don’t want to be doing bad stuff in the first place. But what if people start pushing you to take risks, to become more outspoken about those things they love to hear? Or to compose that beautiful music. Because of your talent, you are always set apart. You get a manager and a private chauffeur. You suddenly have a whole new set of friends that would never say “Dude, you’re going a little to hard on the drink, man”. They will clean up the place, pick up your vomit and pay the bills.

This is not lack of restraint, this is pushing you to express your personality to the max. Humans are not made from metal. When the world changes its expectations of a person, the person changes. Very few people would consider throwing the TV out of the hotel window (see introduction) or to say controversial stuff to get attention. But slowly and gradually, people demand more and more. And the persons bad sides are augmented along with the good. Going back to that restraint and self-control we all have means falling out of the world’s favor.

Then we have the pedestal. That platform raised to the stars. The person now stands on it and is held up as all the best a rock artist/philosopher/influencer/author/tv-host/super developer/spirit healer there ever were. And he can do whatever he wants, with hordes of people admiring his “in your face arrogance”. The public opinions are par for the course, and he asserts everything for everyone. “Just telling you like it is”.

The fall is hard as it’s sudden. Some news outlet starts calling him out. He has always had detractors, but this is new. The big dogs of media and the people in power starts biting him. It was seldom totally out of the blue. One thing he said or did, was “too much”. You might argue, “that how he always been”. But I advise you to stay silent. Because being on his side or liking his music is now dangerous. Virtue signaling ensues “Yeah, I used to like him, but I now understand how horrible he was. I hate him now”. The “yes men” are gone, the friends went out when the fair weather was no more, and the manager does no longer respond to his calls.

Am I saying he was a good man and innocent of his misbehavior? No. I’m not doing that. I think it should be clear that my only point is that the community became religious around him and simply pushed. It takes strength to back down and to focus on the important stuff, like what it was that was good. The music, the knowledge, the skills, the leadership, the scientific research, the result and how it made the world better for the people around. Drop the ego? Well, maybe not developing it to humongous proportions had been a better solution.

But the world must also stop creating idols out of humans as well. We’re not helped by worshipping people. Bob Dylan wrote in his autobiography about people trying to get him to speak their opinions, join their groups and to become a voice for them. That was not what he wanted.

He wanted to write lyrics with his patented “diorama storytelling” and compose music. Unfortunately, he wanted to sing them as well, but we have come to take the good with the bad.

Phil Spector reigned supreme (haha!) and when he frequently threatened to shoot people, the other artists just asked him to put the gun away. Maybe they shouldn’t have just ignored what was going on, I’m just saying.

Many actors and celebrities just fall off the radar. They couldn’t take what the world was demanding and what they had become. The retraced their steps and got back into a more normal life situation. I’m happy for them.

To wrap this one up: please don’t create idols out of real people. Stone, glass and iron is ok. Those will never change and will not break easily. Real people on the other hand, when supported but not idolized will create, change and improve themselves and the world. No idols and no heroes!