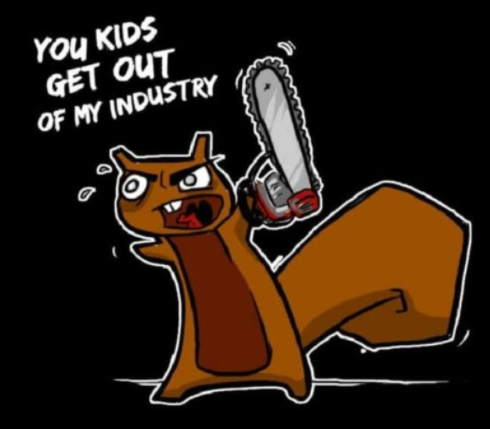 Right, we can all screw up or say stuff that is wrong. But we learn and we strive to correct ourselves. But among us walks the IT-security mavericks that don’t abide by common rules such as making their statements possible to test or that you actually must accept critisism without calling the other person names.

They commonly sell stuff, software and ideas that may or may not work, actually exist, improve security at all or just plain do anything at all. So, no, they’re not necessary incompetent. They may be snake-oil salesmen or just have a pompous ego and no idea as to the mind set and spirit of the IT-security field.

Score someone you want to understand and remember: racking up points is not a good thing. Above all, enjoy!

The list is a mix of things I’ve heard a number of people say, commonly said stuff that boggles my mind, proof of a mind set that totally misses the target and a few I’ve done myself over the years (not telling you which!).

The original “crackpot-list” does not tell you what score you need to be seen as a crackpot. I don’t know when you become an “IT-security Maverick” either. It’s more a list for some laughs than anything.