(Updated at 2020-09-19 19:13) – Good news, everyone. bxsmail.com is not responding anymore. Could one hope Telia booted mr Spammer off the net? Probably just a minor setback until he finds a news place to send his crap from. Pyrobee.com is, alas, still up and running. Why, oh why…?

How the journey begun….

On Friday the 11th of September I found an email in my junk mail folder. That in itself is nothing special, but this particular spam stood out. It was in Swedish, without the usual auto-translated mess that those are wellknown for. It simply said (translated from Swedish):

Thanks for the last time, here are the statistics you wanted. I hope you’ll receive this mail before going home for the day.
<Link to what looks like tillvaxtverket.se, but really sends you to a malicious site>

[I] believe it rather clearly shows what we though from the start and that is that there is a large lack of available talent in the rural communes. The quiestion is what could be done about it on a regional level.

I racked my brains trying to remember ever having spoke to someone on Tillväxtverket about something that would warrant this response and came up empty handed. I quickly Googled and what I found made me suspect it was some kind of fraud or spam. I posted my preliminary findings on “Säkerhetsbubblan”, a Facebook group dedicated to IT-security discussions.

At this time I was quite curious about what was going on and started tracing the sending system down. The mailheaders were clear on the matter.

The IP was recognized almost immediately by me, as I used to work at Swedish telecom provider Telia back in the day, and sure enough, it was them.

The post code is easy to put on a map:

A typcial war zone in Sweden. A few day care centers for children and small suburban housing. This is where the hacker roams freely…. or maybe not. Seriously though, it’s probably located on someones home network, directly connected to a consumer Internet broadband connection operated by Telia.

Let’s take a look on the seemingly innocent email (you should know better now, though):

Hovering over the link in the email, shows you where it really goes. The link leading to the Tillväxtverket-site uses an old trick, where the displayed link does not correspond to the one you’re actually are clicking on (Se picture above!).

Weirdly named proxy “Burp suite”, shows exactly what happens over the wire when you click the evil link like there was no tomorrow.

This fake link instead leads to a server for the domain pyrobee.com which is located in Germany. The reply-to address in the mail also points to info@pyrobee.com. The ip-information for this site is as follows.

If you somehow doubt they are malicious, note the abuse-link provided in the mail:

OH!! They have a Facebook presence too… How “I’m just a serious business owner” of you.

And for my final trick, I going to pull a rabbit out of my hat. Or rather, disclose the identity of the spammer. He seriously has his REAL name on the FaceBook-group above. A fast check shows that he lives in the exact same area and in the same Zipcode as the bxsmail.com-server is located.

This links him to the Pyrobee.com-server AND the bxsmail.com-server. So it’s a wrap then? We’ll see.

What about them servers?

So, back to the server in Sweden, server.bxsmail.com. What is it running? Quite a lot actually.

We can go no further as this would constitute an intrusion, and I’m strictly a white hat.

Given what we know:

2020-08-07 – The domain bxsmail.com was registered. It’s probably around this time the mails started appearing.

2020-09-11 – I noticed the mail, that was sent to my private email address, in my junk folder and started to investigate the matter. Had to stop due to needing to sleep.

2020-09-13 19:xx – They have now created more domains with servers: ettmoln.com and merkurex.com. Probably not a complete list, but I will update as soon as I learn more… Their weak point is pyrobee.com. Take that down and they will have nothing going on.

2020-09-12 22:31 – The identity of the owner of all the servers has been found. He wrote it on Pyrobee’s FaceBook-page. The name is Magnus, but I will not write his whole name here as to stay within the Swedish law. He lives exactly in the same postal code (zip code) area where the bxsmail.com server is located. I have a hard time believing this… Really takes the cake.

2020-09-14 – Right, I was told by the German abuse-department that they will not process the report unless they can tell the owner about it. That will effectivly send this link to the guy behind all this. Who said life should not be interesting?

Evidence and other material

The spam mail, complete with all headers:
https://erik.zalitis.se/files/spam.txt

Malin Ekström for spotting a thing I missed.
The rest of the “Säkerhetsbubblan“-Facebook group for aiding me in my research… You guys and gals rock.

A pox on all your Amigas! 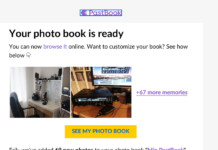 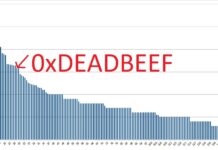