The Amiga CD32 was pretty much the last gasp of Commodore before they went out of business. A gaming console that had the potential to turn everything around, but due to a number of mistakes and problems never got the chance.

It was basically a cut down Amiga 1200 with a CD-rom reader. It’s a cool little thing. But after nearly 30 years, the laser reading the CDs was on it’s last legs. So I bough a new laser pickup from Hong Kong and replaced it.

The calibration was tough as the potentiometers did not act like was described in the guide. But I got it to work within specifications through a lot of trial-by-horror.

The situation was shaky until I lubricated the mechanic parts with oil, after which it started working fairly.

Afterwards, the test CD, a jazz collection signed by legendary Swedish radio DJ Leif “Smoke rings” Andersson, loaded right away. It tracked the CD mostly righr, but there are two places where the player gets stuck. And other CDs doesn’t work as well. So it was an improvement, but not as good as I had hoped for.

Probably have to have another go at it later. But for now, it’s a least decent rather than mostly broken… 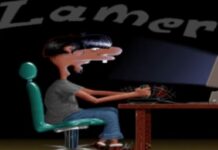 Do you grok the lingo?

Going live – a tale from the radio trenches 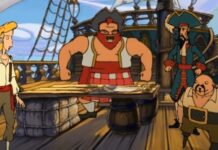 A pirate I was meant to be…