Tomorrow in retrospect - My thoughts but no prayers
Home IT-security Caveat emptor: PastBook – giving your pictures away 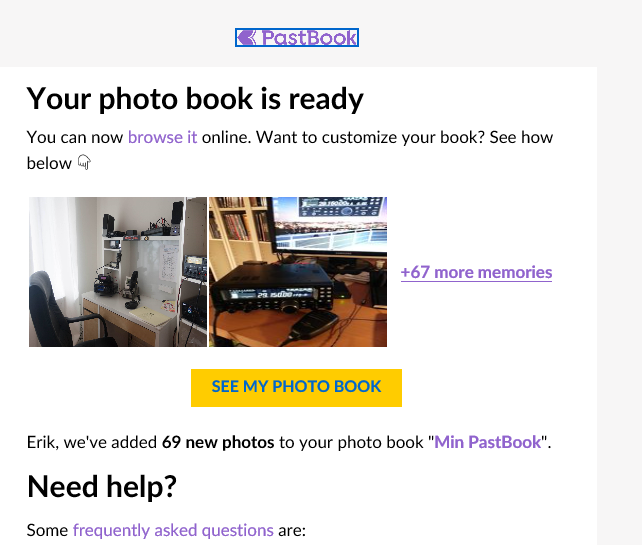 TLDR; Don’t log in to Pastbook or use it in anyway! They steal pretty much all of your data and will sell it to god knows who. If you do: get ready to be bombarded with mail telling you to buy the photoalbum from them… Or else… Really nasty site.

As I was idly surfing on Facebook, a post told me that my 10 year photobook was ready. I should have known better (with a site like you) and NOT clicked on it. I thought it was one of those Facebook memory slide shows where you’re shown pictures with a random friend on Facebook.

When I clicked on it, an authorization dialog came up and told me to login with my Facebook account. This is a clear warning that it wasn’t Facebook I was going to. Being tired and unfocused I stupidly logged in by clicking the link. Terror struck me when I realized what I had done five seconds later. My photos were already spreading accross their site. I unauthorized them, but it was too late.

Their name (too live forever in infamy): www.pastbook.com.

So as to what they want from your Facebook account? Pretty much everything.. No surprises there… And Mark O’ZuckerIsBorn doesn’t care.