I like debating on the Internet, but I stay away from political and religious debates as much as I can. The few times that I say something, nothing good comes out of it. Honestly, I am a moderate but still right-leaning person politically. I play well with most views that are not extreme, even when I disagree. The more extreme the views, the less they intrigue me. But I am very slow to anger, even if people attack my views as I see a stark difference between disagreement on policy and a direct attack against me as a person.

Reasoning with people with other opinions can be rewarding as it challenges your perspective and sometimes BRUTALLY so. You also must build solid and iron clad reasoning or face the consequence of being put to shame. Sometimes the loss is a signal to me to reevaluate my stand points and how I reason. I loathe rhetorical tricks and love strong reasoning skills from everyone regardless of their place in any political spectrum.

A friend and I spoke about values of conservatives, libertarians and social liberals and I tried to be as unbiased as I could to present each ideology the way I reckon they would themselves. He asked me about my political standpoint and then proceeded to ask me what parts of society I though must remain public and what should be privatized. It is easy to argue for your values, but when challenged to change the world around you (albeit only in theory) the consequences start building up.

Should hospital care be privatized, be public or remain a mix (as they currently do here in Sweden today) ? Each answer comes with a slew of problems and possibilities that effectively kills the “my political vision brings heaven and heaps of pink unicorns” argument. The more you learn, the more you start compromising with yourself. “I DO think that we should… but doesn’t that mean… Won’t that hurt… ??). Dealing in absolutes gets tougher and tougher and dogmatic thinking dies quickly.

There is something very “Dunning-Kruger” about most subjects, but few more than politics and religion. We all have a belief of some sorts (or many!) and an idea of the perfect society we want to add our efforts in bringing about. But the anger inherent our belief-systems being challenged is ready to burst out of our seams at any time.

The political events last weeks are well-known and touches on subjects such as freedom, what constitutes “blow to the state” as opposed to a “peaceful demonstration” and what is expected of people in power. I have been utterly shocked by this situation and look with worried eyes on the looming consequences in a long-time perspective. It is a situation with no clear “winners” and I’m not even sure I would like to see it as some sort of competition or fight.

On a personal note, I learnt a lesson last summer. I wrote a short post where I made fun of a sign and how I thought that, while the intentions were well-meaning, the whole situation became absurd and worth laughing at. I did not think anyone would be angry about such thing, as I was more amused by the whole story than felt the need to protest it. I can say with confidence, that post alone cost me some contacts on social media. The people must have thought I had turned against the concept of equality, which is very much not so. I love the idea of equality, as it is a cornerstone of a modern society. It is not a hard sell for me. But the sheer silliness of how people became fixated by it and inadvertently became dogmatic and start seeing themselves as Enlighted, is funny in a very irreverent way. An irreverence they simple cannot stand from anyone except themselves. And… that is funny in itself. 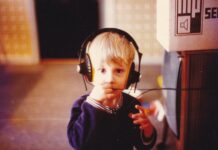 46 today… Horray for me… Or something 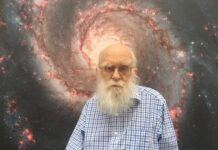 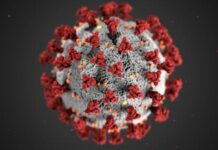 When are when gonna get out of this mess?

The shelter – a study in where pure desperation leads us